Some changes are afoot here. I’m going to be deleting some things, expanding on others, streamlining a few things, while creating some new content.

First the new stuff. I’ve been fascinated with the German language for some time and I’ve been on and off attempting to teach myself this language since I was ten years old. I am finally at the point where I feel comfortable (Read: Brave) enough to make attempts at posting in German and English on a separate blog. I am specifically separating the language blog from this one so as to keep me from backsliding into English when things get rough or I forget a word. I am, effectively, being hard on myself.

The name of the blog is IchbineineTomate’s Practice Blog and I am behind on my posts thus far. I need to allocate time in my day to do the dual language posting.

Onto the deletions and also expansions. For some time now, I’ve maintained the RIDigitalFic InsaneJournal under the premise that it was my story blog. In truth it has become my story tomb and refuge. I don’t post my stories elsewhere because I have a “safe harbor” in which to anchor when I’m feeling particularly low in self-esteem regarding my writing abilities. I may not be the best writer out there but I’m also not the worst. I won’t improve my skills hiding my stories in a remote corner of the Internet behind F-lock. Some stories that have/had promise have been stagnating while others either fizzled out or never got a healthy start because I’m too afraid to put myself out there. That changes this year. RIDigitalFic is going. Any stories on there will be polished and posted to story sites, any fragments will be worked on before being posted, and the journal is going bye bye.

More on expansions: I have been neglecting my YouTube channel greatly. While it isn’t the end of the world that I’m not posting endless videos on the growth rate of plants in my Aerogarden, I did promise to do more on YouTube and a promise is a promise. In truth, my channel will likely be a lot of different things. I’ll try to keep a general theme but I’m not making promises. A few of the things I am interested in are Knitting, Crocheting, Writing, Reading, Gardening, Doctor Who, etc. So, you can expect something in the realm of those topics. The funny thing is, I’m not doing this for the views. Rather, I’m doing it to create something artistically viable. Hopefully, I’ll get a garden plot this year so I can move beyond my room for filming locations. Yays!

Also hoping to get a sewing machine as I’m interested in taking that up again. The Brown Battle Beast was not the right fit for me and went back to another family member. I’m looking more for something that’s compact and computerized. All in good time.

Now, if you’ll excuse me, I have rather a lot of crocheting and knitting to do. Until the next time, have a safe and fantastic journey around the Sun. Take care, my friends.

My second language has finally been discovered. True, it took trepanning and a good deal of mental excavation to find it.

That language is…German. In truth, I should have known better. I did try to teach myself this language when I was ten. I have been practicing daily, about three hours per day, for thirty-seven days now. If you’d like, you can follow my progress on Duolingo. I’m now at the point where I can just barely make out what people are saying or what is written down. I definitely need to practice more if I’m going to be fluent but it is a good start.

I just need to find some Germans. Yoo hoo. Germans? Are you out there?

For that task, I’ve done the unbelievable. I’ve opened a new OKCupid account. This time around, my task isn’t really dating. It is finding a language pal/study buddy, so hopefully, I won’t have any trouble with anyone at all. Wishful thinking, I know. It is the seat of comedy but I’ve gotten rather a lot of matches to Dutch people. I don’t mind. It is a bit mentally rich carrying three languages around in my head at once in the name of politeness but you do what you do.

The friends I’ve made have gotten a hilarious chuckle out of this one. I’ve been learning a lot of German from the lyrics of Rammstein. Someone…might listen to them for more time in the day than they study on Duolingo.

Those same friends suggested I expand my musical tastes, so they gave me a small listing of artists that they liked. I then combined their favorites with the Get Germanized listing of popular German music artists (YouTube Link) for later exploration. Some [who I won’t name] I really didn’t like, but others sound very good.

One group I’m going to be giving my ears next is Die Ärzte. They came up on multiple lists as highly recommended. Anyone out there have any other recommendations? Please, leave them in the comments.

Aside from the above, it has been a summer of Plantar Fasciitis in both feet, crochet, strange propositions, lather, rinse, Repeat.

Until the next time, have a safe and fantastic journey around the Sun. Take care, my friends. 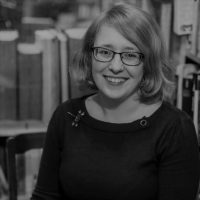 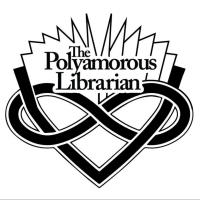 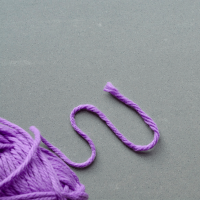